On Sunday I spent the day covering the historic landing of the Phoenix on Mars from NASA's Jet Propulsion Lab in Pasadena. It was an exciting assignment for Wired that entailed four separate trips, one to Goldstone in the Mojave and three to JPL. Here is some of my coverage from the landing, click on the screen-grabs to read the articles: 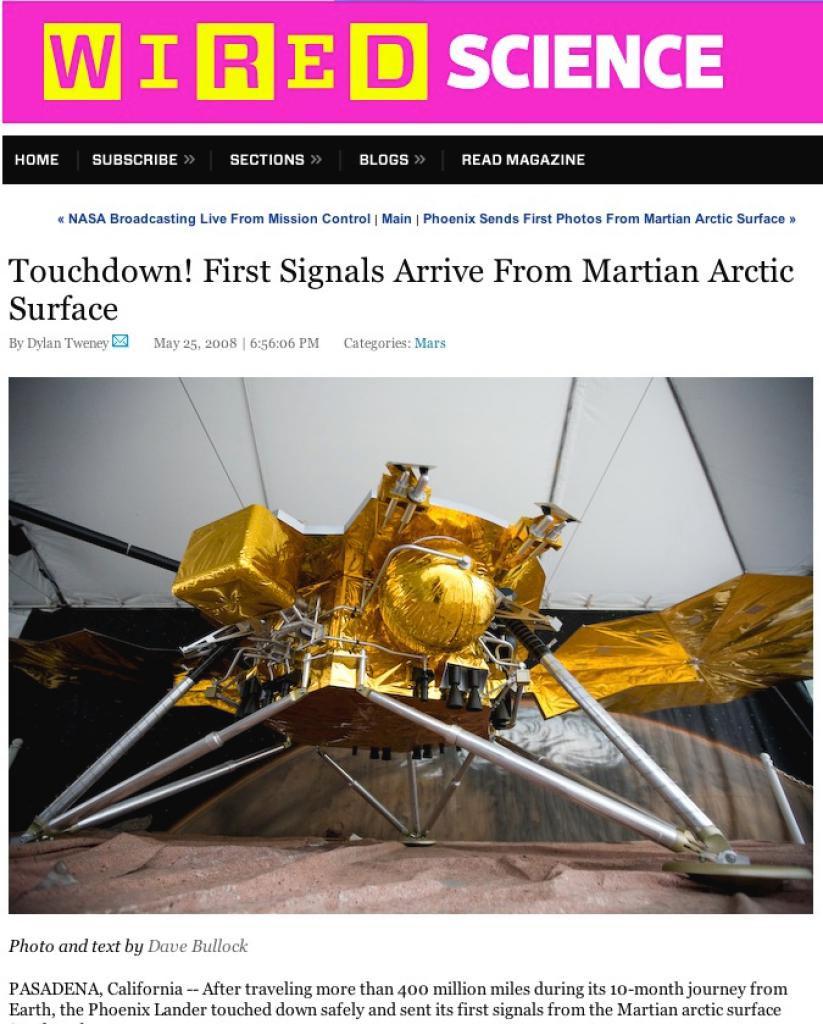 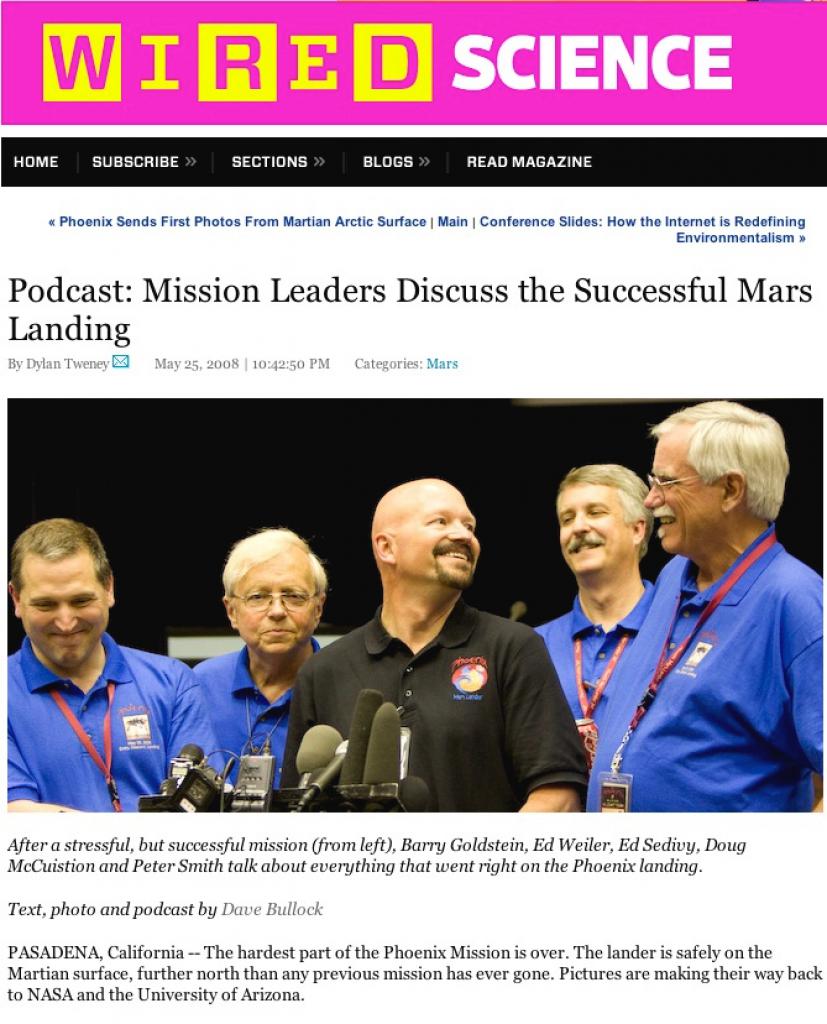 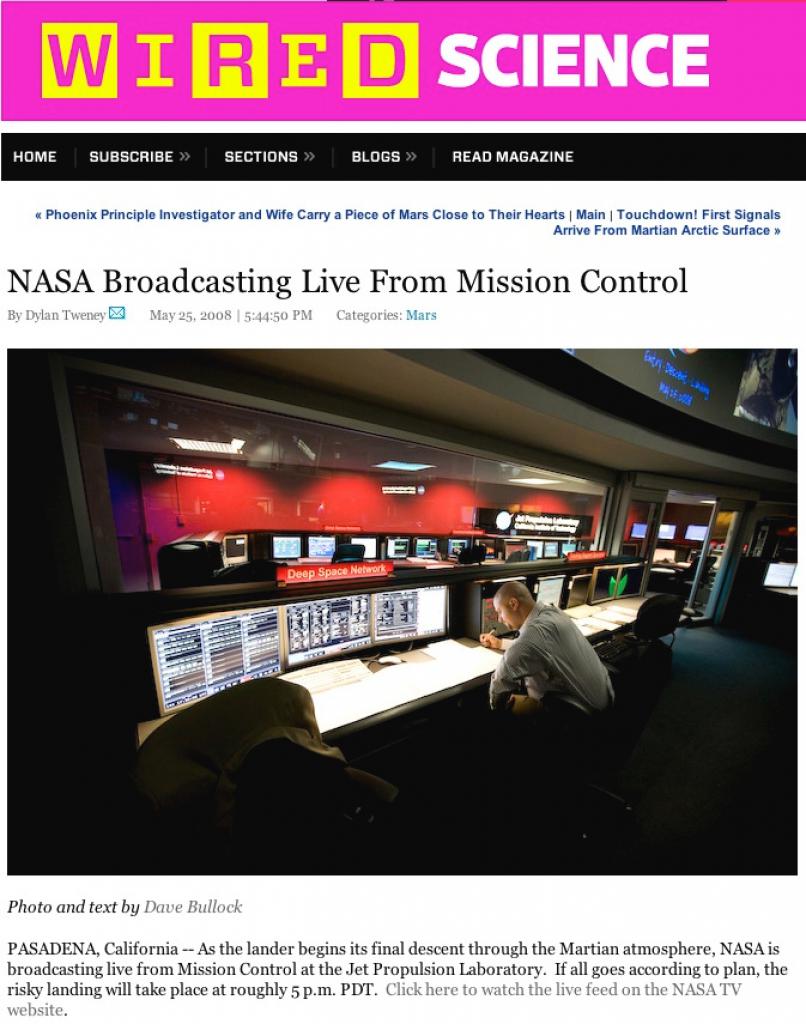 I spent the weekend shooting Coachella for Wired.com. Here are the posts I haven't linked to yet. Click the screengrabs to see the photos: 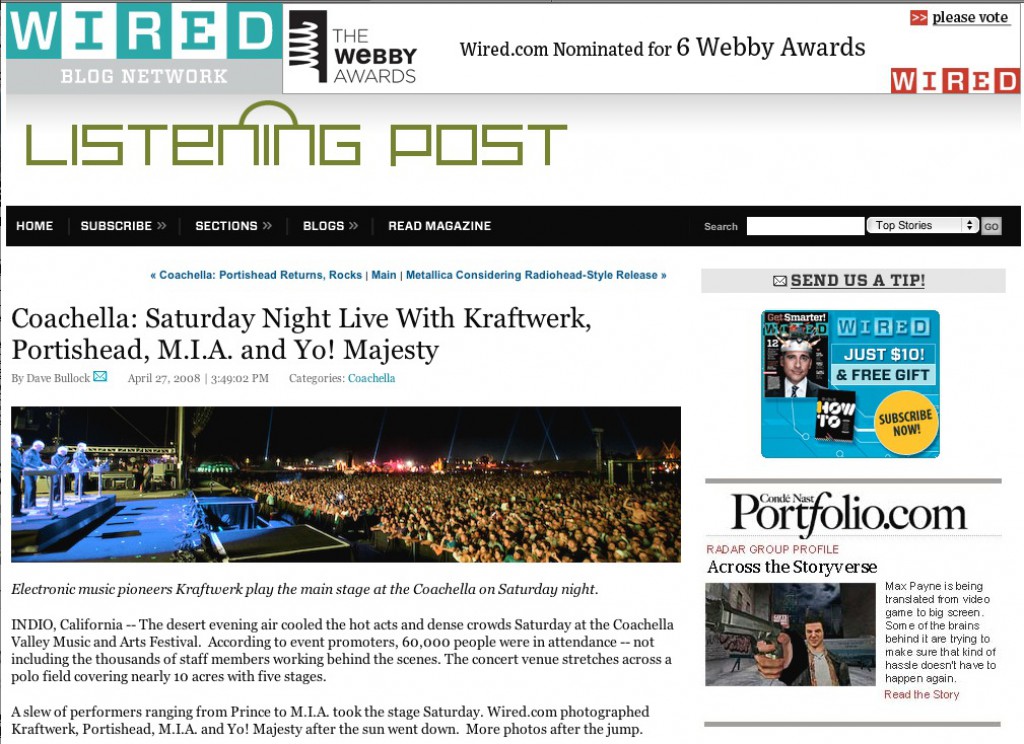 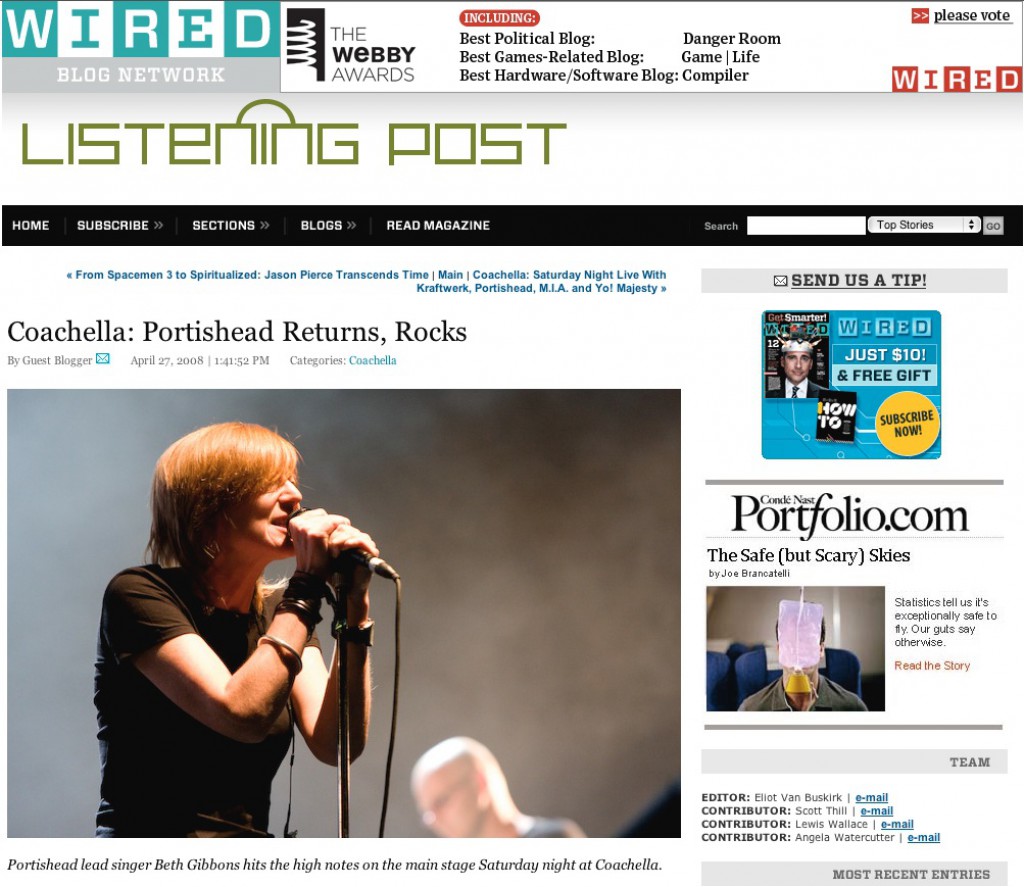 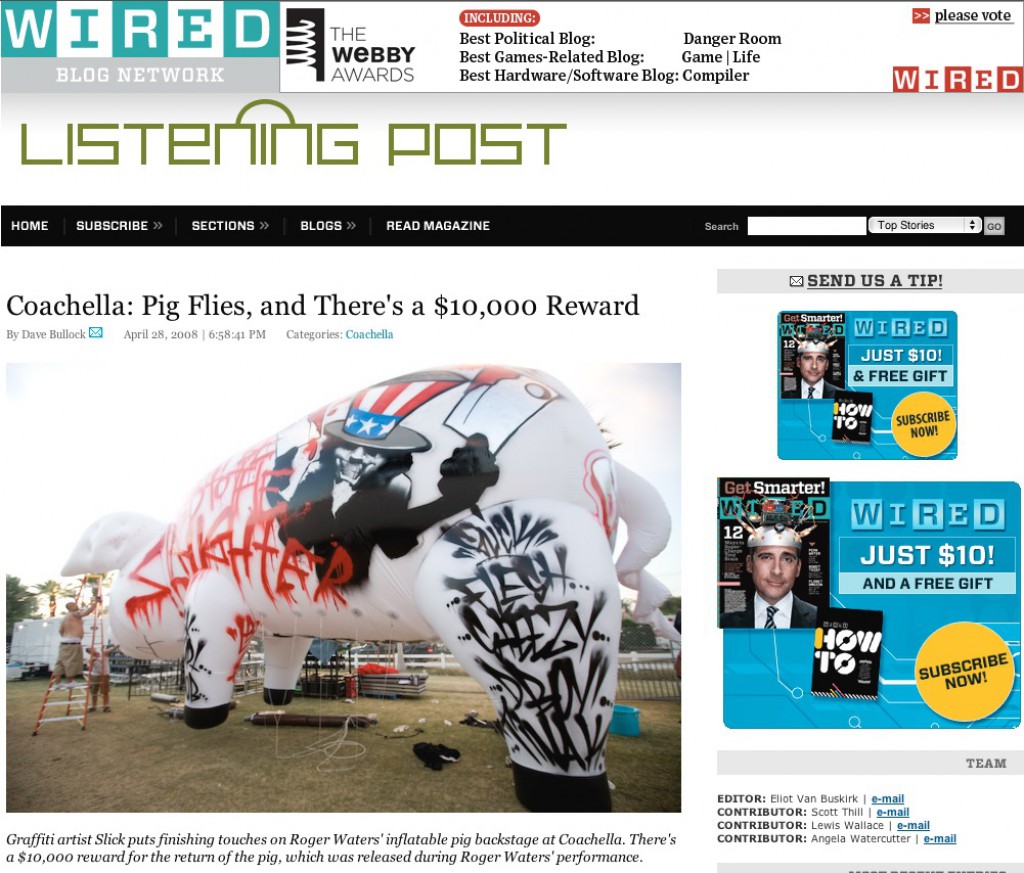 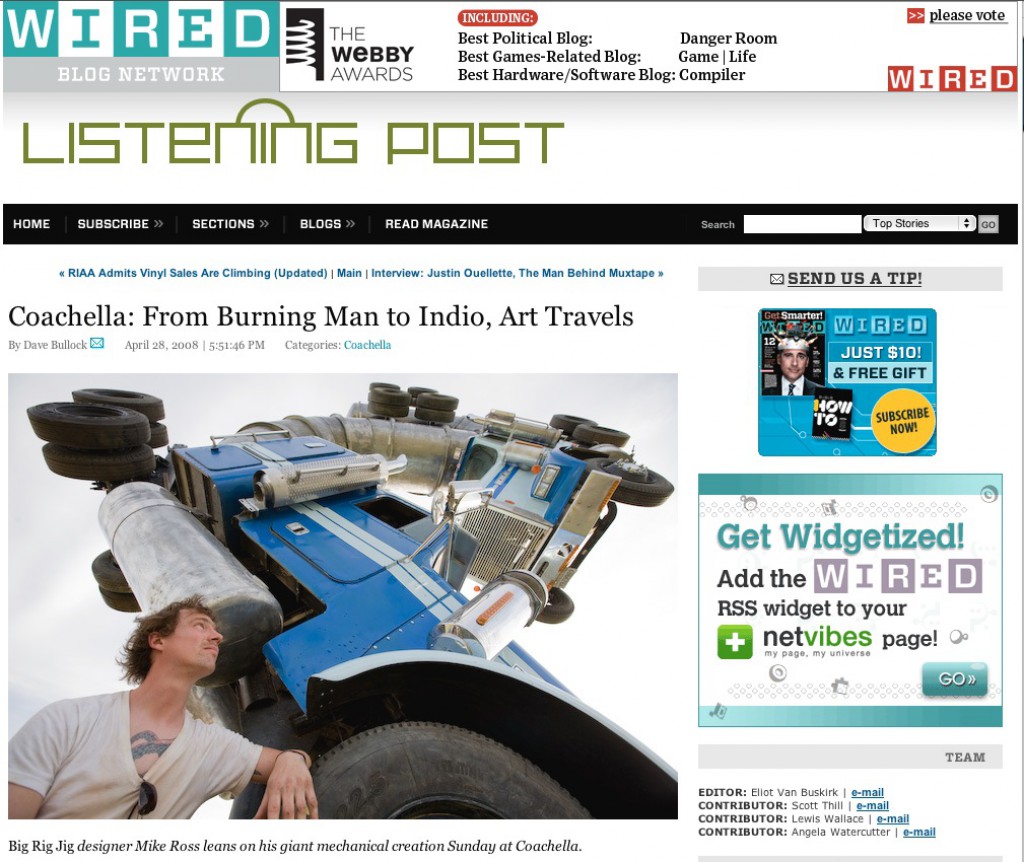 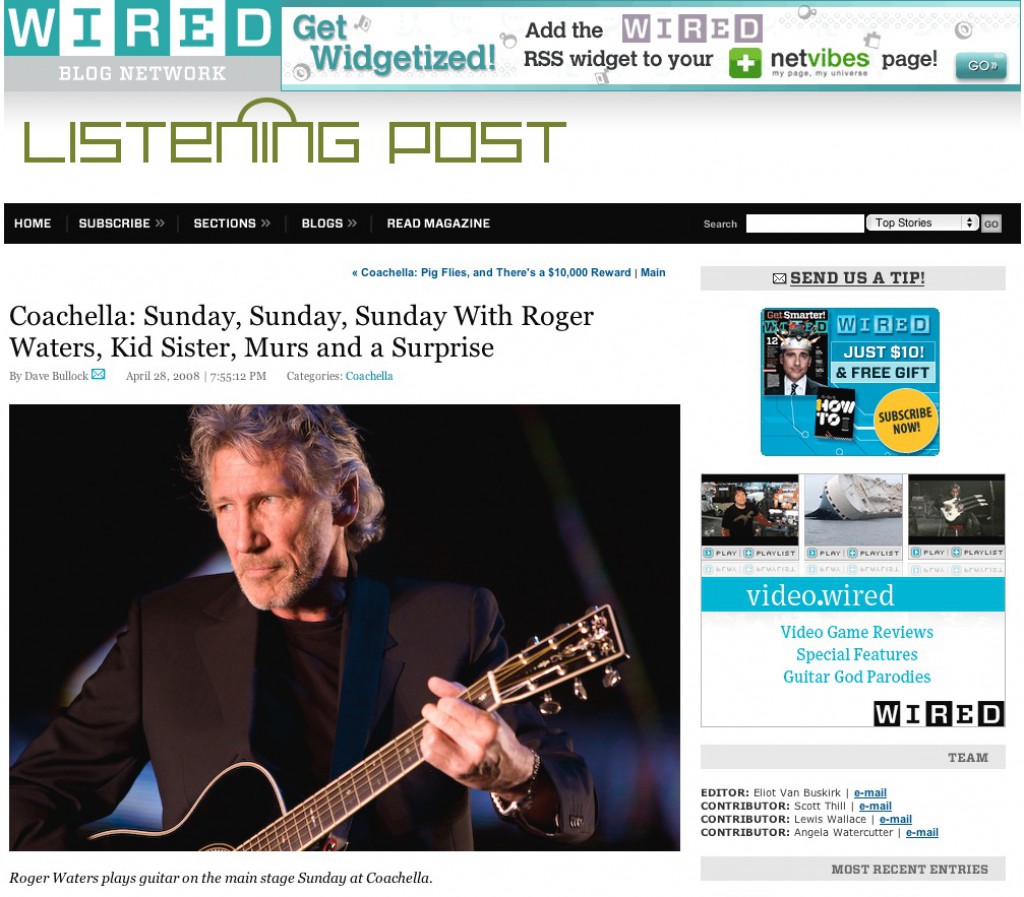 My coverage of the marches has been mentioned on slate:

La marcha: As hundreds of thousands of immigrants and their political supporters turned out nationwide Monday, bloggers documented the demonstrations. At Metroblogging Los Angeles, amateur photographer Dave Bullock captures the scene on the West Coast. Explaining the pictures of demonstrators "feverishly waving their American flags," Bullock notes that Los Angeles Mayor Antonio Villaraigosa "opened his talk with a polite request for the protesters to roll up and stow away their non-American flags. He said that the flags from other countries would not help their cause, and most of the protesters obliged his request." (See the complete collection of Bullock's photos on his personal Web site.)