posted about my filming maps in downtown la: http://tinyurl.com/2tmdmq [4:39 pm] 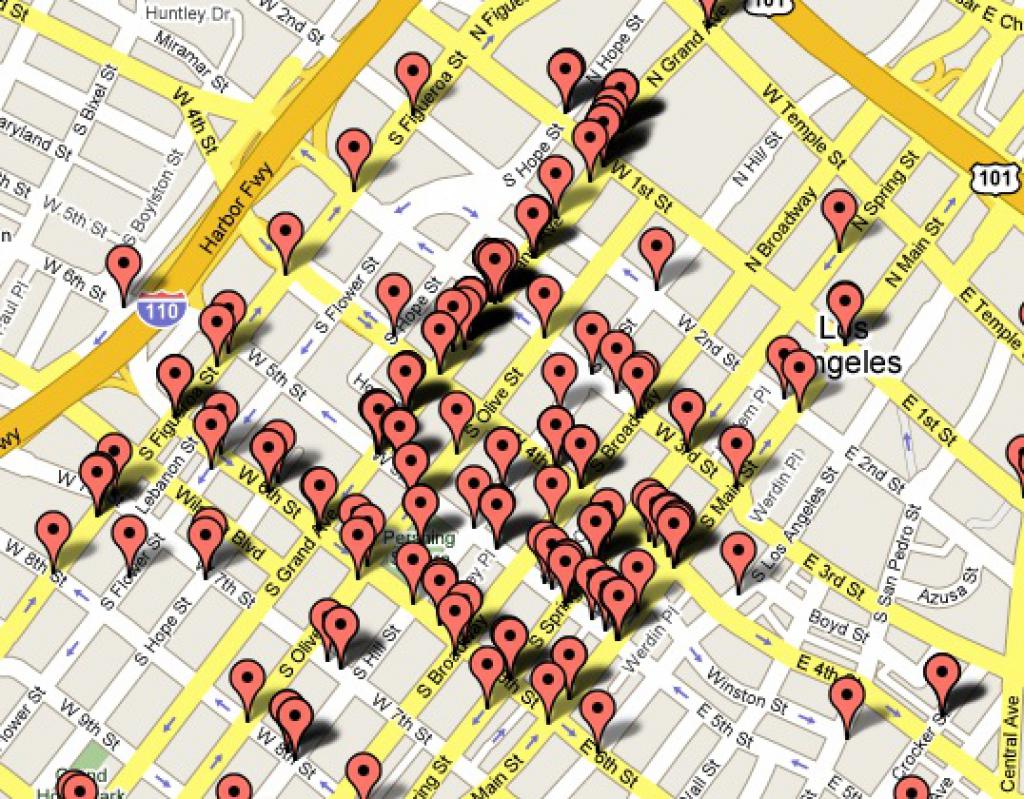 I've decided to do something a little bit different with the Downtown Art Ride route this month. Being that we never make it to all the galleries, and that the route hasn't really changed much in the last few months, we will only be visiting galleries that are having openings that coincide with the Art Walk / Ride. There happens to be 9 galleries that are having openings, so that gives us a little over 20 minutes at each gallery. Here is a google map of the galleries we will be visiting which include: Art Murmur, LACDA, Regent Gallery, DLANC Outreach Center, Crewest, M.J. Higgins, Gary Leonard studio, 626 Gallery, Infusion. We'll see you today at 5pm at Art Murmur, bring your bike, a light, a lock and a helmet.