A few years ago I toured the U.S. Navy's Space and Naval Warfare Systems Center Robotics Lab in San Diego. I shot photos and wrote a piece for Wired about my experience there. What follows are some out-takes along with high-res versions of many of the shots in the piece. Autonomous military robots... what could go wrong?

SAN DIEGO -- The Navy's MDARS-E is an armed robot that can track anything that moves. Told that I was the target, the unmanned vehicle trained its guns on me and ordered, "Stay where you are," in an intimidating robot voice. And yes, it was frightening. Perched atop a strip of cliffs lining a beautiful section of the Pacific Ocean, the Space and Naval Warfare System Command in San Diego develops semiautonomous armed robots for use in combat by the U.S. military. "We're not building Skynet" says Bart Everett, the technical director for robotics at SPAWAR. Though Everett assured me that the use of the robots' on-board weapons is under the strict control of their operators, the lab's bots can navigate and map complicated terrain, work cooperatively with soldiers and identify and confront hostile targets. Sure, they're no Johnny Five, but robots with guns are both creepy and fascinating. 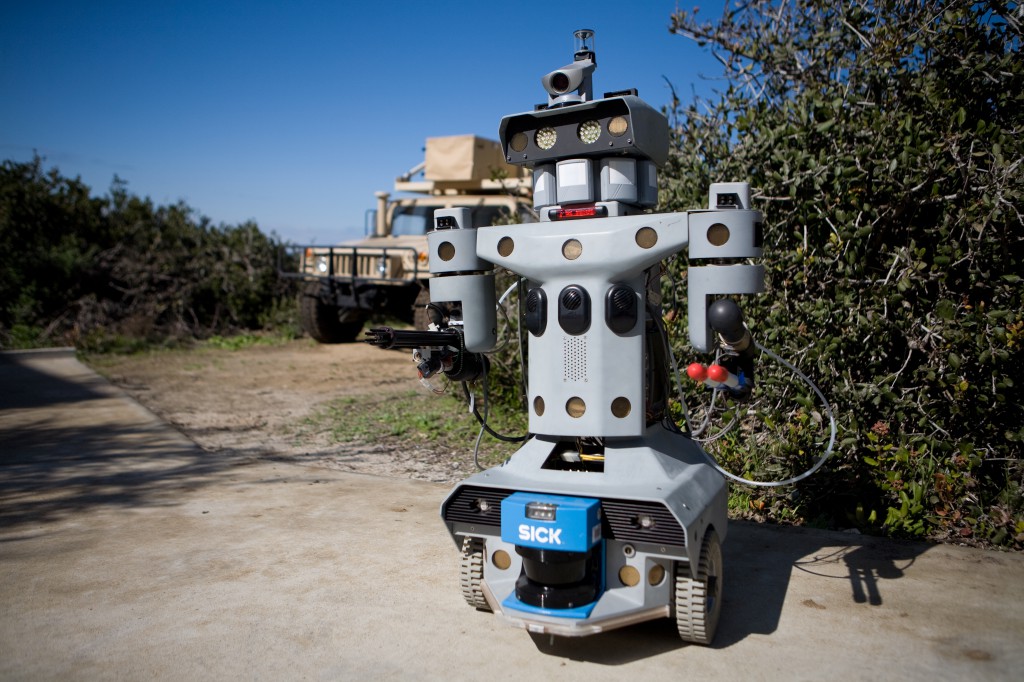 ROBART III is a prototype platform designed in-house at SPAWAR. If it weren't for the chain gun and missiles, he would be pretty cute. Once he's ready for battle he'll almost certainly don an evil-looking suit of armor. ROBART's sensor array consists of a multitude of cameras, SICK LIDAR (like radar, but with lasers), ultrasonic transducers (gold spots), passive IR (infrared radiation) detectors and more. The weapons are planned to work in unison with a special rifle that would automatically target where a soldier points his weapon. 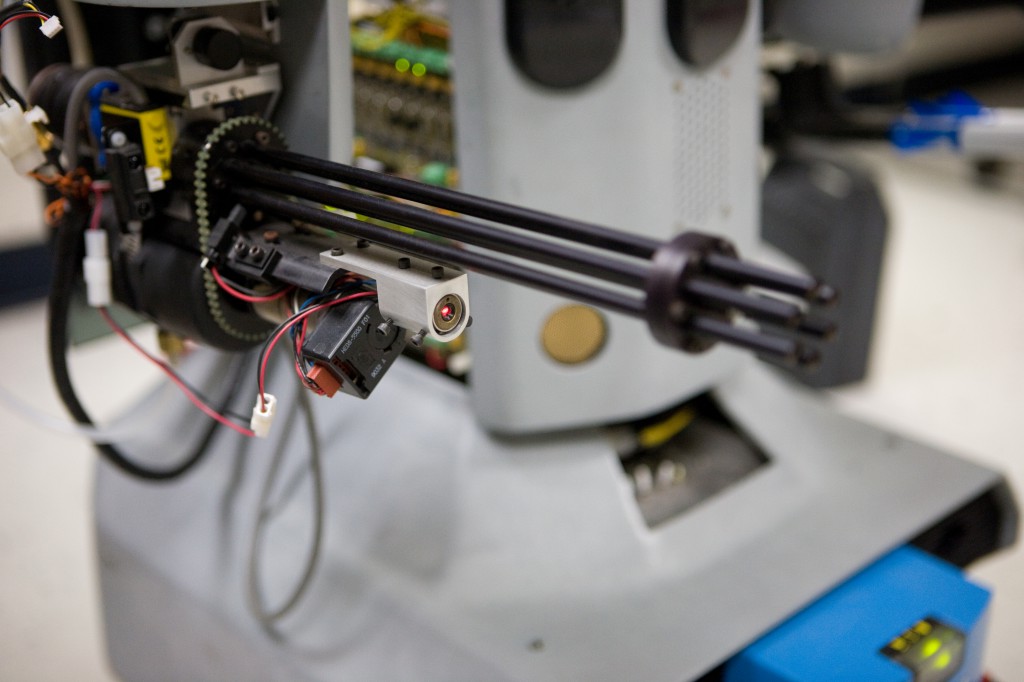 One of ROBART III's weapon systems is this nonlethal pneumatic chain gun. It uses a combination of laser sighting and machine vision to lock in on its target and barrages it with a torrent of 3/16-inch-diameter projectiles. In tests, plastic pellets (like air-soft munitions) and steel darts were used. 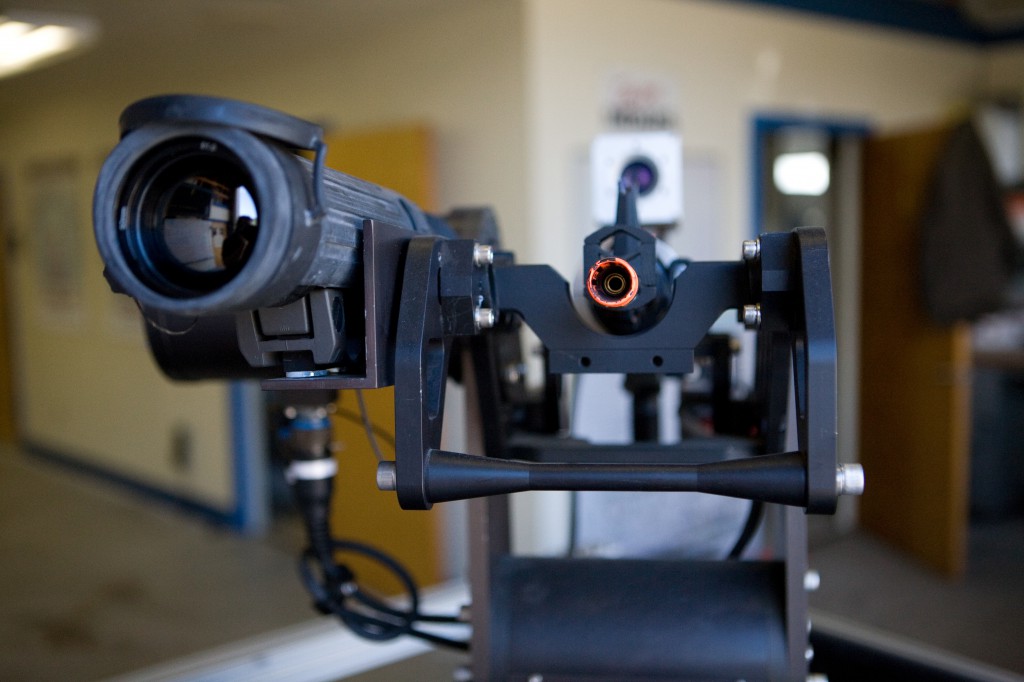 This prototype robotic weapon platform is designed to be buried underground for camouflaged deployment. When called to action, the robotic gun pops up and starts shooting. If you're the unlucky soul on the business end of this gun, it's likely curtains for you -- this robot is an extremely accurate shooter. A high-tech night-vision scope permits dead-on targeting even during moonless nights.