Yesterday Penelope and I hiked to the top of Mt. Wilson. It was a tough hike, but well worth the views, plus it's always nice to get a good 6 hour workout!

We started our hike from the trailhead on Mt. Wilson Trail road at roughly 9:30 a.m. The first two miles of the trail was highly trafficked with dozens of day hikers. This part of the trail is also barren thanks to a recent fire and in the morning the sun really beats down on you.

After a mile and a half we passed a fork down to the First Water swimming hole. Once past First Water we hardly saw any other hikers.

3.5 miles into the trip we reached Orchard Camp. This was the halfway point so we stopped and had some snacks and hydrated. We met two mountain bikers at Orchard Camp, they were the only folks on bikes we saw during out hike.

After snacking we headed up to the Winter Creek trail intersection. The last half mile before the intersection was the hardest part of the hike. The trail was narrow and exposed at times and there was little tree cover to shade us.

Once at Winter Creek trail we were excited to only have another 1.7 miles to go and we headed up the half mile and 500 feet of elevation gain of switchbacks to the old Mt. Wilson Toll Road. We followed the old road a half mile and then we took the small trail the final .7 mile up to the peak.

I always let Penelope lead because I tend to walk to fast and tire myself out and she's great at pacing us. For the last leg of the hike she was doing double time and we made it up to the peak quickly.

Once at the top I saw the parking lot and the tourists that drove up and said, "Wait you can drive up here?" Of course I knew there was a road up, but it was still funny at the time. Once at the peak we sat at a picnic bench and ate our lunches before heading down.

Going down the mountain is obviously faster than going up. What took us over three and a half ours to go up took us just over 2 hours to come down. We arrived at the trailhead seven hours after we started out, which includes roughly an hour for our snack and lunch breaks.

So the final stats: 6 hours of hiking time, 14 miles and 4,700 feet of elevation gain. It was a fun hike, although not as visually stimulating as Mt. Baldy. I'm not sure if this will be a repeat hike, but we definitely plan to drive up and do the observatory tour at some point.

San Gorgonio rises above the smog in the distance in this photo taken from the peak of Mt. Wilson on Sunday. 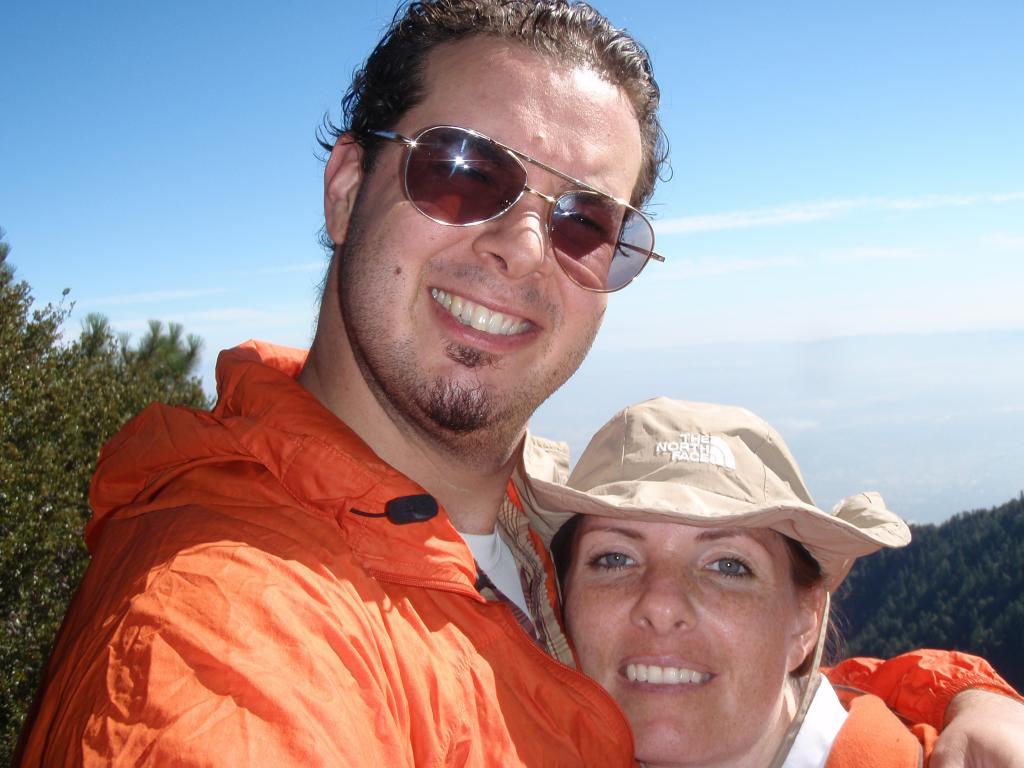 Dave and Penelope stand happily atop Mt. Wilson after hiking to the top in just over 3 hours on Sunday. 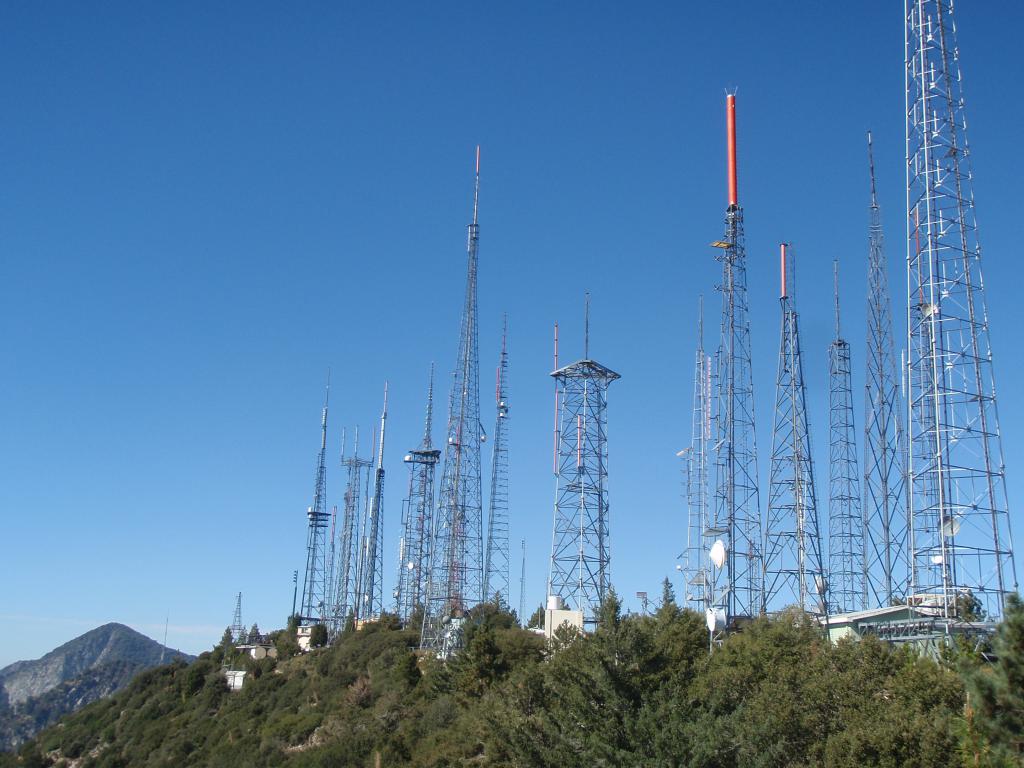 A wide array of antennas cover a hill close to the peak of Mt. Wilson.

You can view more photos from our hike to Mt. Wilson here.

Yesterday I climbed a roughly 14,000 foot tall mountain in search of a missing hiker. As I've mentioned previously I am a Search and Rescue volunteer. The mission yesterday was my most physically demanding search so far.

It all started out on Sunday when I got a call-out for a mutual-aid search near Bishop, Calif. I put down my homemade wood-fired pizza and responded that I would be there in the morning.

Because Bishop is roughly 5 hours from Downtown Los Angeles I had to be up at 3:00 a.m. and on the road by 4:00. I threw my winter alpine, cave and 24-hour gear in the FJ and headed out to the San Bernardino County Sheriff's Office/Jail where we store our trucks and team gear.

At the SO I met up with John Norman and Mark Kinsey and we promptly hit the road to Bishop. Four hours later we were in Bishop and were given details about the missing hiker we would be searching for. We then proceeded to hurry up and wait (standard SAR operating procedure) for an assignment.

Finally around noon Kinsey and I were tasked with ascending Mount Agassiz to check the summit registry. The missing hiker always signed registries. If we didn't find his signature in the log we would effectively be narrowing the search area.

The Forest Service was running helicopter transport to our insertion point. They requested that we don Nomex flight suits as a precautionary measure, one which we've never had to do before. Once in our suits they dropped Kinsey and I off one at a time in Bishop Pass.

Bishop Pass is at an elevation of roughly 12,000 feet. Just a few hours earlier we had been at sea level. To say we didn't have much time to acclimate to the altitude would be a slight understatement.

We began our ascent of the western face of Mount Agassiz at 1:00 p.m. On the map and as the crow flies, the distance from the base to the peak is only about a kilometer. Of course that doesn't include the 2,000 vertical feet included in the walk up.

2,000 vertical feet in under a mile wouldn't be too bad if there was a nice trail up. Mount Agassiz has no trail, and every step of the way is on top of loose boulders ranging in size from gravel to VW Bus.

We made our way to the top in a little under 3 hours carrying 35 pound packs. The thin air had us stopping frequently to catch our breath. The loose rock made the ascent unnerving, especially when stepping on a large boulder caused it to shift.

Once we were at the summit we took photos of the register, snacked and then radioed in to the Command Post. They informed us that if we wanted a helicopter extraction we would need to be back down to the Landing Zone by 6:00 p.m. We radioed back our concern that we may need to push it to 6:30 or later. They told us that 6:30 was the latest we could be extracted.

We started on the descent, thinking that it would be faster on the way down. As it turned out it, scrambling down the loose boulders was more difficult than climbing up. When you step up on a giant boulder and it starts to move, you can simply unweight it. When you step down on a boulder and it moves you have already committed yourself and you can't just jump backwards uphill.

At one point I stepped onto a boulder the size of a refrigerator and it slid about 3 feet down the mountain. I surfed it until it stopped and quickly hopped to the side. That was interesting.

About half way down we called in to base and asked if there was any way we could be extracted later than 6:30. They said no. We decided to pick up the pace.

We ended up making it back to the landing zone right around 6:45. Lucky for us, the helicopter was running late. We threw on our Nomes flight suits just in time to catch a ride down the mountain.

Inyo Country SAR treated Kinsey and I to a nice dinner in Bishop and then we drove back to San Bernardino. I ended up getting home at roughly 3:00 a.m.

The mission was extremely taxing physically. Ideally we would have started our ascent closer to 9:00 a.m. Either way it was a great mission, although unfortunately we did not find the missing hiker. Hopefully he is ok and will be found safe and sound.

Update 2: Unfortunately DeVan did not make it. His body was discovered today. 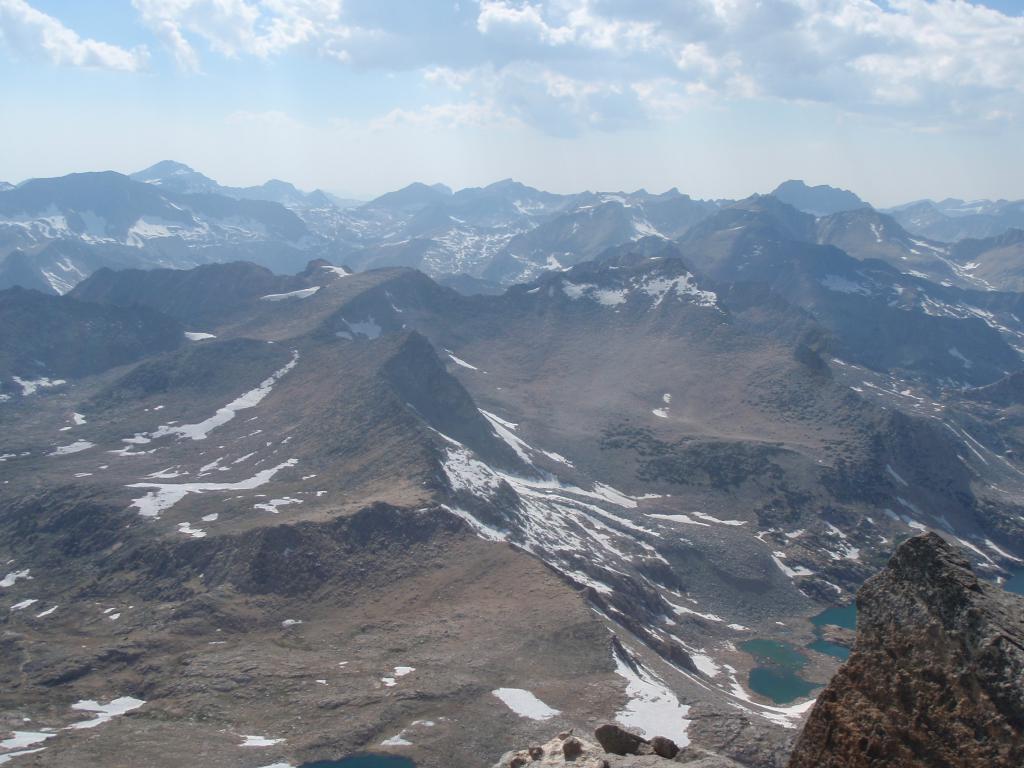 The view from Mount Agassiz as seen on July 7th during a search for a missing hiker.

More photos after the fold...